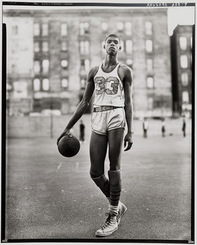 The NBA's all time leading scorer was also a force in High school leading Power Memorial to a 71 game winning streak. He went on to UCLA to win 3 national titles under John Wooden and while at UCLA he would routinely come back to Harlem to play at Rucker Park. 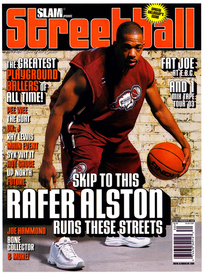 ESPN calls him the "most famous playground player of the modern era, bar none." After graduating from Cardoza he went on to play at Ventura College, Fresno City College and Fresno State. In 1998 was drafted in the second round by the Milwaukee Bucks and went on to have a 14 year NBA career with various teams. 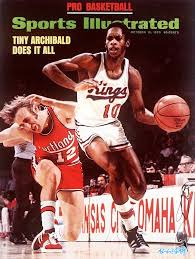 Archibald, commonly known as "Tiny" when he got to the NBA won an NBA championship with the Celtics in 1981 and was the only player to ever lead the league in both points and assists in one season. Archibald returned to Rucker Park every summer, even after he had made it to stardom. Academic problems almost ended Archibald's career before it even started but he got it together and in 1996 was named to the NBA's top 50 players list. 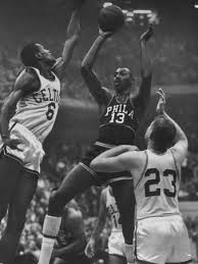 Chamberlin, famous for his ridiculous 100 point game in the NBA also once averaged 50.4 points a game in a season, a record that will probably never come close to being broken. At Overbrook high school he averaged 47.2 points per game in his senior season and is known as one of the most dominant players in basketball history.

Through his time at Rucker Park he received many nicknames but the first one to stick was "The Claw". As he continued to prosper he eventually was known as Dr. J. Whenever Erving was playing a huge crowd would follow as he was one of the most exciting streetball players ever. He went on to have a dominant NBA career finishing as one of the greatest players of all time. 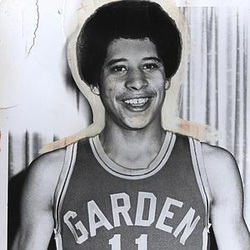 Joe Hammond never was big in high school basketball as he had been on the street playing all his life. He once turned down a 3 year contract from the Los Angeles Lakers to continue to play streetball in New York City. 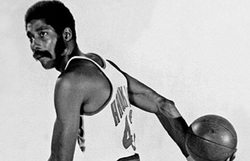 Hawkins was Mr. Basketball USA in 1960, a award given to the greatest high school basketball player in the country. He got caught in a gambling scandal which cost him much of his career but played with the Globetrotters and in the ABA, and eventually in the NBA but some of his greatest games were at Rucker Park. 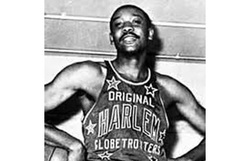 Jackson played on the same Boys team as Hawkins and also went on to play for the Globetrotters. Under 6 feet tall he was a phenominal jumper and Slam Magazine named him the 5th best dunker of all time. Being drafted in 1962 he decided to play in Harlem instead of going to the NBA. Legend has it that Jackson once dunked on and blocked Wilt Chamberlin in the same game. 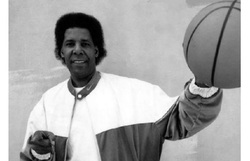 Kirkland ran Rucker Park in the 1960's and 1970's. After graduating high school he went to Norfolk State and in 1969 was drafted by the Chicago Bulls. Kirkland turned down their offer to keep playing street ball. Soon after he turned down the contract he was arrested for drug distribution and tax evasion charges. Kirkland has been a great ambassador for street ball throughout his playing career and even more so after it. 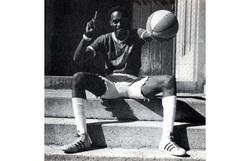 Knowlings, is known for his leaping ability, and legend has it that at rucker he once blocked three NBA players shots in one possession. Bernard King, former all star for the New York Knicks once said, "When I was in 9th grade, I saw the Helicopter, with my own two eyes, pick a quarter off the top of the backboard to win a bet, and I was in complete shock," Knowlings never played professional basketball and was killed in a car accident at the age of 37. 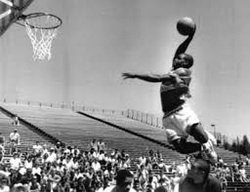 "The Goat" is one of the greatest streetball players of all time and had offers all over the country to play professional basketball but never did. Many wonder about how he would have faired in the NBA. He spent much of his time at a playground on 99th and Amsterdam which now holds his name. The courts are known as "The Goat Courts" 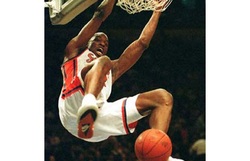 Mcrae, nicknamed "Mcnasty" because of his strong inside play at 6'11". He earned his name at the EBC (Entertainer's Basketball Classic) at Rucker Park. Mcrae was drafted in the first round of 1993 draft but decided to play in Europe. In 2000 he came back to the NBA to play with the Orlando Magic but died after collapsing during the first day of practice with the Magic. 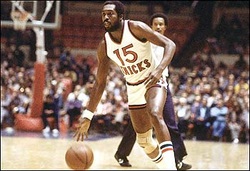 Monroe, sometimes referred to as "Black Jesus", is well known in New York for his time with the New York Knicks but he did not play basketball until his senior year of high school where he averaged 21.7 points per game. He then went on to play at Winston-Salem State in North Carolina before making it to the NBA. He would often stop by at Rucker Park, being one of the few Philadelphia natives to play there. 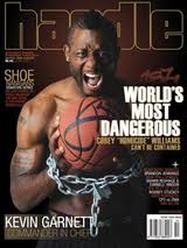 After graduating from Rice Williams went on to Penn Valley Community college where he would eventually transfer from to a small division 1 program at Alabama State. His stats at Alabama State were not overwhelming and went back to play on the streets of New York. He was noticed by the Toronto Raptors after scoring 47 points during a game that aired on NBA TV. Unfortunately he ended up being the final cut of the Raptors.

Reid was an integral part in St. Ryamond's city and state championships in 1993. After high school he went on the play at the University of Arkansas. After his college basketball days were over he went on to play in tournaments at Rucker Park and beat the likes of Baron Davis and Gilbert Arenas.

Charlie Scott is one of the most successful players to ever play at Rucker Park. Scott won an NBA title with the Boston Celtics and also won a gold medal in the 1968 olympics. Besides being a great streetball player Scott was also the first African American athlete with a scholarship. Dean Smith, the head coach of North Carolina offered him the scholarship. 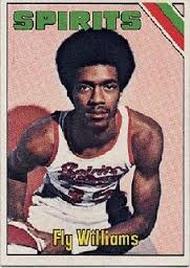 "Fly" was one of the greatest offensive players to ever step foot in Rucker Park. After high school he went on to star at by Austin Peay State University, averaging 29.4 points per game his freshman year. After his sophomore year Williams opted to forgo his final years of college and enter the NBA draft. Unfortunately he only played one season due to a gunshot wound during an attempted robbery he was a part of. 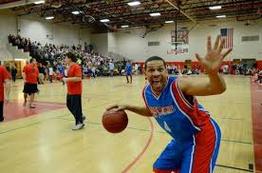 Williams did not play high school basketball but did play at Medgar Evans College in Brooklyn. He spent some time in the CBA and on the Harlem Globetrotters but really burst onto the scene winning a one on one tournament at Madison Square Garden where he was playing men half his age. 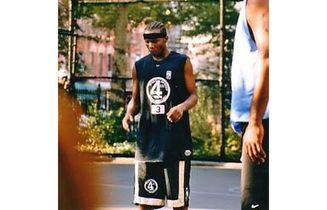 Williams had a different path to New York City streetball stardom than many others. He did not play basketball in high school and moved around more than any other player on this list. He was born in Texes, grew up in Southern California and moved to New York City to attend a junior college. Williams is not only famous for his play at Rucker park but is also famous for his trash talk as he once challenged Allen Iverson to a game while Iverson was in his prime.